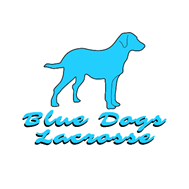 Whether they serve as a coping mechanism or act as a way to express oneself, sports can take many different forms.

For Carson Frey, a sophomore digital communications major and psychology minor, lacrosse has always been a crucial part of life.

“One of my first toys was a lacrosse stick that my uncle gave to me, I obviously couldn’t really use it because I was only two, but for as long as I can remember I’ve always had a stick in my hands,” Frey said.

In eighth grade Frey started getting into filming and editing his own videos and thought what better than to start with the sport he loved: lacrosse. Fast forward to freshman year of high school, he and his friends were regularly uploading videos to their YouTube channel.

“We were just filming the everyday things we did and thought were pretty cool,” Frey said. “It wasn’t until we started focusing on our lacrosse content that we realized the audience we could tap into. We got 60,000 views on a ‘lacrosse stereotypes’ video and then we knew, hey, we have something here.”

The following videos continued to pull in thousands of views, and between the TikTok account that Frey created his freshman year of college and the podcast he started with his new found roommate, Frey realized he needed to rebrand.

“Up until that point, each platform was under a different account name,” Frey said. “One day my roommate and I were walking around campus and thought, hey Blue Dogs would be a cool name, and then it stuck. I spent that entire night putting all of our videos on YouTube and Instagram under the Blue Dogs name.”

Pulling an all-nighter isn’t something that Frey is a stranger to. When asked about what it takes to build a brand while still being a full-time student athlete, Frey had this to say.

“There’s a balance, and it’s definitely hard to find,” Frey said. “There are some days where I’m able to edit a podcast episode, go to practice, and write an essay and then others where I have to focus on schoolwork only. Seeing the feedback and comments from our supporters makes those late nights and long hours completely worth it though.”

One thing that Frey likes is the outreach that the Blue Dogs Lacrosse brand has had and the role it can play in growing the game. As Frey has gone through high school and now is in college, he’s had a rotating cast of teammates and friends to film and record with.

“Kyle, Josh, Harbst and I do the Blue Dogs Podcast and through that we’ve been able to talk to some important figures in the lacrosse community,” Frey said. “We’ve had Greg from East Coast Dyes on our show and some of our favorite PLL players like Ryan Drenner. For us, it’s important to grow the game and still provide the insight we have on lacrosse as college players and fans of the game.”

However, being an NCAA athlete has created some unexpected roadblocks for Frey and the rest of the Blue Dogs brand.

“We’ve had to spend hours reading through NCAA forms in order to understand what we can and can’t do, and what we can and can’t profit from,” Frey said. “I’d love for Blue Dogs to be a career option for us down the road, but there’s been so few student-athletes that have been able to make the two work. That’s not stopping us though, we like to dream big and we’re happy showcasing the game of lacrosse and how much we love playing it.”

Taking things one step at a time has been the key to success for Blue Dogs and the way they operate. According to Frey, focusing on growing each platform and keeping that steady stream of growth going has allowed them to grab and keep hold of their niche lacrosse audience.

“The memories I’ve created along the way and the players we’re able to inspire will always mean more than the number of views on a video,” Frey said. “Blue Dogs is something for lacrosse fans, sports fans or even the occasional viewer that keeps up with our videos but doesn’t even play.”

For Frey and the Blue Dogs brand it’s never just been about what lacrosse has done for them, but about what they can do for the game in return.