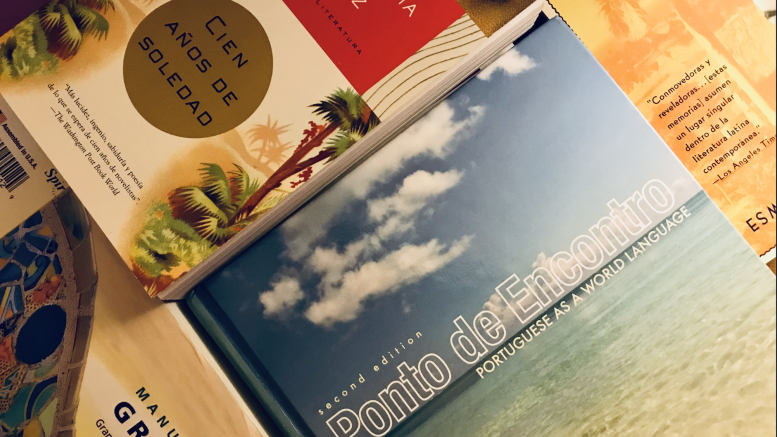 The lack of foreign language instruction in the United States is a problem that needs to be dealt with and quickly.

Over the last decade, the issue of American monolingualism has warranted increased attention in the media, yet US state and federal policies have been unsuccessful in providing clear and informed goals for foreign language learning in public schools.

In the United States, only 20% of students will spend time learning a foreign language compared to 92% of European students, a Pew Research study found. Several of the European nations included in the survey, like Lichtenstein and Luxembourg, reported 100% of their students studying foreign languages, which comes as little surprise since doing so is often a graduation requirement. What is more shocking are the European nations that reported the lowest numbers of students learning foreign languages—Portugal and Belgium at 69% and 64% respectively. They are still far ahead of the United States.

Let it be said that my inclusion of these statistics is not meant to fuel any sort of competition between the United States and European nations; it is merely to show the appreciation which other countries seem to have for foreign language acquisition, and which we in the United States seem to lack.

This might be explained simply by the fact that English is the most widely studied foreign language in the world and has emerged as the most common lingua franca throughout most of Europe. The same Pew Research study found that Americans consistently rank bilingualism as the least important skill for job placement. This supports the notion that we, as a nation, are comfortable speaking only in English and waiting for others to acculturate to the United States.

There are numerous problems with this way of thinking, most of which, I hope, are fairly obvious. Failing to emphasize the importance of foreign language acquisition in our public education system inherently devalues languages and cultures outside those of which are predominant in the United States. Different languages provide new ways of thinking, and we debase this value of bilingualism by not offering sufficient foreign language instruction in our schools.

Proficiency in multiple languages also increases opportunity in terms of employment. Despite English being widely spoken throughout the world, it is not useful everywhere. Among the most notable examples is Brazil, a growing Latin American superpower of great interest to the United States in terms of trade. As of 2018, only 5% of Brazilians speak English, and not all of them fluently.

Many of those opposed to an increase in foreign language instruction in the United States have argued against it simply because they believe English is spoken everywhere that we do business, and this is just not the case.

Others have argued specifically against the cost of education reforms that would increase opportunities for American students to learn foreign languages. Change is usually expensive, but changes to our curriculum that allow for students to study foreign languages are worthy investments of both time and money in that bilingualism is directly related to better cognitive and social development, as well as long term economic success.

A select few have raised questions about the value of implementing standards that require students to learn foreign languages while functional illiteracy remains a problem in the United States. Reihan Salam, president of the Manhattan Institute, published an insightful op-ed piece about this in 2018, pointing out the strangeness of spending money on foreign language education while 21% of US adults are functionally illiterate.

Oddly enough, this supports my argument for foreign language education as learning two languages simultaneously has the capacity to accelerate overall language proficiency. A 2013 study found that two groups of students learning the same two languages demonstrated a reading advantage compared to their peers who learned in a monolingual environment. At the time of this study, the researchers noted that more work needed to be done to corroborate their findings. This research has been done, and it does support their results.

The most common recommendation research on dual language education has in common is that it begins in early childhood—that is to say, in elementary schools. Currently, only 25% of US elementary schools offer foreign language instruction. To return to my point that we do not as a nation appreciate linguistic diversity sufficiently: a 2015 Pew Research study found that a majority of European students are required to study at least two foreign languages, many of them before high school.

I would like to conclude my proposition for increased foreign language acquisition with, in my opinion, some very alarming statistics, which I came across in a 2019 article published by the American Academy of Arts and Sciences. The first is that one in four Foreign Service Officers do not meet language proficiency requirements for their positions, and the second is that colleges cut 651 foreign language courses between 2013 and 2016.

It is clear that the majority of Americans are overly reliant on the use of English. Going forward, we ought to prioritize the integration of foreign language acquisition in our primary education curriculum and, subsequently, the preparedness of our youth to enter a competitive global workforce.