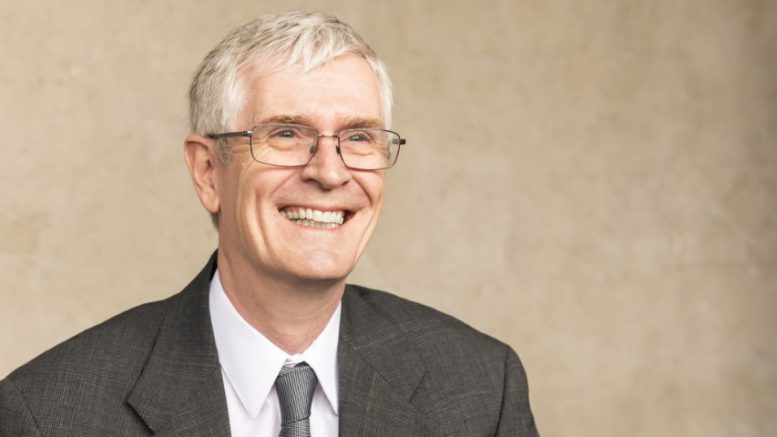 By: Megan Finlan ’21, co-editor in chief

Students and faculty are likely to see a new face around campus as the College welcomes Dr. James MacLaren as LVC’s 19th president.

Prior to accepting his new role at LVC, President MacLaren spent 28 years at Tulane University before serving as the Provost at Xavier University in Chicago. President MacLaren accepted the offer to fill Dr. Lewis Thayne’s shoes as president in February, with his term officially beginning July 1.

“At both of my prior institutions, my work was focused on building a student-centered institution,” MacLaren said. “When I was approached about the opportunity at LVC, I was so impressed by the commitment of the faculty, staff and trustees in fostering that same approach.”

While President MacLaren’s current and primary focus will be maintaining a healthy campus, his sights are already set on the future of LVC.

President MacLaren stated that he hopes to continue diversifying program offerings in the future. In recognition of a projected decline college enrollments over the next decade, President MacLaren hopes to focus specifically on graduate education and developing non-degree options such as certificates and short courses aimed to help workforce redevelopment.

“I think there are great opportunities and a bright future at LVC,” MacLaren said. “Clearly the short-term objectives are to navigate through the challenges that COVID-19 presents, and that will likely occupy much of my time and that of the community this first year. However, I believe it is also important to start to plan for the future.”

During these times of uncertainty, President MacLaren hopes to see students make the most of their time while on campus as he shares some words of advice.

“Engage fully in your education and with our dedicated faculty and staff,” MacLaren said. “Take advantage of the wealth of co-curricular and leadership opportunities that the College offers. For our new students particularly, my advice is to explore several different student groups so that you build up your circle of friends.”

President MacLaren will reside at Kreiderheim throughout his presidency with his wife Gina and dog Luna.