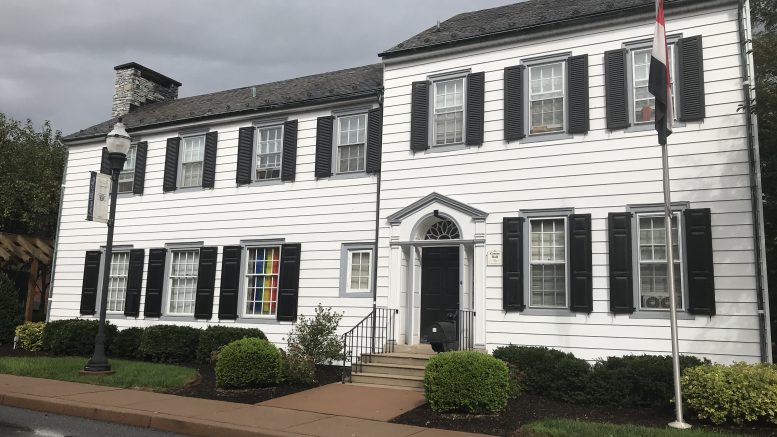 By Michaela May ’20, Assistant Editor

LVC has been no stranger to advocating for equal rights and accommodations for all of its students, including with its Symposium of Inclusive Excellence held every year.

While the school has made great efforts to promote inclusivity, especially in recent years, one student-run organization and a special interest house on campus specifically work to promote the rights and history of one community in particular: the LGBTQ+ community.

Freedom Rings serves as a student organization dedicated to advocating for the rights and to promote the history, current events/issues and culture of the LGBTQ+ community. Stonewall House is a place of residence on campus for students and allies of the community to come together. The two are not directly related to one another but will work together for Freedom Week and other events throughout the school year.

“Moving into Stonewall early into my freshman year was one of the best things that happened to me,” Alyssa Richards ’22, an audio and music production major, said. “At first, I was intimidated by being one of the only underclassmen, but they quickly made me feel like I was a part of a family.”

They also stated that it is important for Stonewall House to be in existence, not just so other people can find a home like they did but also for LGBTQ+ students to have a safe space to go to on campus.

For CJ Kucier ’23, an audio and music production major, simply knowing of the house’s existence made a difference in his decision to come to LVC.

“Seeing the flags in the window as a prospective student made me feel like if I went to LVC, there would be somewhere I could be at home there,” he said. “I knew I would be safe and accepted for who I was, and I was right about that.”

He also stated that Freedom Rings and Stonewall House have managed to become an essential part of his life on campus. As president of the club for the next academic year, he hopes he will be able to keep the club going and to make a difference for others on campus.

“The club and the house matter and have the potential to be really great things for the students here,” Kucier said. “I think LVC would be missing something so important without them.”