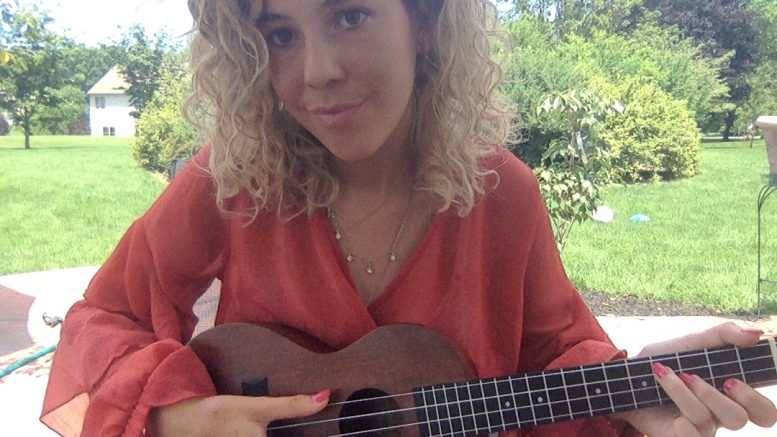 When you first meet Sam Machin, with her kind smile and bubbly personality, her plans to become an elementary school teacher seem fitting. But one would never imagine the journey Machin took to learn that her true calling was elementary education.

As a senior in high school, Machin had a dream of one day opening her own coffee shop. Heading to LVC with this dream still in place, Machin’s plans quickly changed, but she didn’t mind taking the road less traveled to figure out where she wanted to be after graduation.

While most students change their major once or twice throughout their college career, Machin changed hers four times by her second semester as a freshman. Starting out in business with a focus on the entrepreneurial aspects of the field, Machin is now graduating with a degree in early childhood education.

“My self-discovery as a senior has been much different than freshman year, but each year I was thankful to learn much more about myself as an individual through my experience at LVC,” Machin said.

While Machin journeyed to find where her heart was in terms of her career after college, she knew she had a passion for music and quickly was recognized for her talents. As a freshman, Machin was named the VALE Artist for 2017-2018 and has performed dozens of concerts across campus throughout her time at LVC.

“My experience with VALE allowed me to figure out my place at LVC,” Machin said. “I allowed me to grow as a musician and to feel confident and express myself. I will always be thankful for Dr. Snyder for believing in me.”

Machin was also able to indulge in her love for travel during her time at LVC. During her sophomore year, Machin traveled to Puerto Rico to help restore mangroves after Hurricane Maria hit, and the following year she found herself traveling again, but to the Dominican Republic to teach English to students.

Between concerts, service trips and planning for her future, Machin admits that there have been times that she’s gotten so caught up in planning that she doesn’t let life have a chance to breathe. She credits some of her closest friends for helping her through these times.

“During a difficult time in my life, I met my best friends,” Machin said. The bond between us is raw and never artificial. Despite them being a year older and already graduated, we are all education majors. They have helped me grow as a future teacher and individual.”

As Machin reflects on her journey at LVC with all of its twists and turns, she shares a few words of wisdom for future Dutchmen who might have some of the same experiences she did.

“Learn more than you’re taught,” Machin said. “The world is full of endless questions, and we should always keep questioning the world around us. Take in every opportunity you can at LVC, because the resources are limitless.”