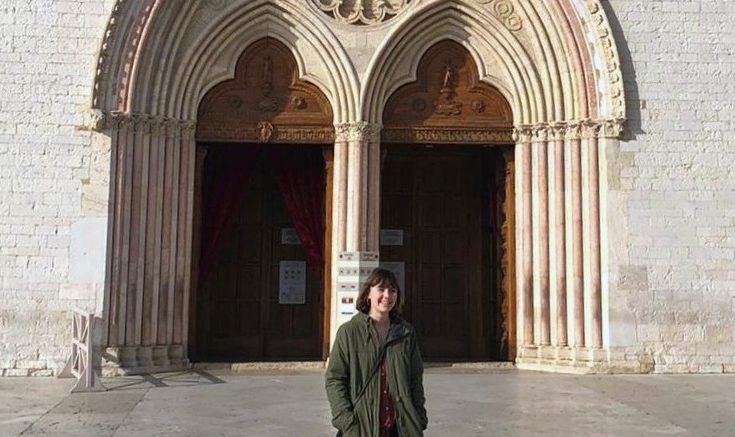 When planning on studying abroad, students envision new adventures, sights and cultures, but never the worst – until it happens.

Due to the COVID-19 outbreak throughout the world, many LVC study abroad students were forced to leave their prospective countries earlier this month.

Since the outbreak drastically effected Italy, students studying at the Umbra Institute in Perugia left as a precaution.

“LVC informed my parents that we were being forced to leave Italy on the evening of March 6, and they were encouraged to purchase tickets for our flights home and be the ones to inform us in the morning,” Meridyth Sanders, a junior English major said. “My friend and I found out the next morning that we had flights home for the following Thursday.”

Sanders arrived in Perugia on Jan. 8, so she participated in her program for just shy of two months. Before this unexpected change of events, she said the conversation about the coronavirus was casual.

“Before the Centers for Disease Control and Prevention (CDC) raised Italy to designated Level 3 warning, not many people in our region were concerned about the increasing number of active cases in the Northern regions of Italy,” Sanders said.

According to Lebanon Valley College’s website, the College’s policy does not allow students to study abroad in countries marked Level 3 by the CDC.

Even though COVID-19 remained casual between peers, Sanders assures the Umbra Institute did a good job in keeping study abroad students informed.

“The Institute took necessary precautions and stayed updated with the latest government-issued reports of the spread of the virus,” Sanders said.

Sanders will finish her classes online for the remainder of the semester. Precautions aside, she remains indifferent about the whole ordeal.

“I was devastated, and all I could think about was how hard it was going to be to leave a country I had fallen in love with and it was just beginning to feel at home,” Sanders said. “I will definitely return to Italy someday.”

Sanders returned to the states and was in quarantine for two weeks.  She was tested for COVID-19, but the results came back negative.