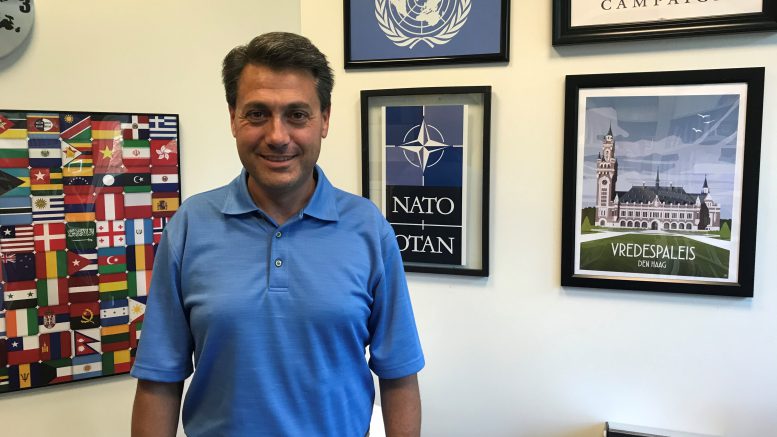 Imagine being a professor who not only lectures students, but also helps establish a new form of government within a country.

Dr. Chris Dolan, professor of political science and global studies, will be doing just that.

As a recipient of a Fulbright grant, Dolan will be traveling to Kosovo in February. With another professor, he will co-teach two courses at the University of Prishtina.

“One course is the integration of Western institutions primarily focusing on Kosovo and its relation between NATO and the European Union, and the other course is an introduction to international politics,” Dolan said.

Kosovo, considered a self-declared independent country, gained its independence from Serbia in 2008. Despite its small geographical size, the country holds the youngest population in all of Europe. As a result, the country needs a solid governmental base with the help of individuals like Dolan who understand the proper rules of law and justice within a democratic system.

“For me, I’m going to play a small but important part in building a government in Kosovo that’s not based on corruption – it’s teaching students accountability and the pathway to public service,” he said.

Aside from teaching, the second component to his sabbatical is research. Dolan’s research will revolve around the future of NATO and Kosovo’s adaptability. NATO has led a peace-support operation in Kosovo since June 1999. He plans on conducting numerous interviews with public outreach programs, peacekeeping initiatives, U.S. Embassy in Kosovo and more.

“My research will be determined by what the government allows me access to,” Dolan said.

Based on external research, Dolan discovered many Kosovans are in support of the United States’ rules of law, social dynamics and government stability, so it will be an interesting experience when he is out in the field.

“It’s going to be different. There is a history of tension and an influence by great powers, so it’s a mixed bag of what I could see doing fieldwork,” he said.

Dolan plans on writing a book based on his experience, which he hopes will be published by the end of this year. He will remain in Kosovo through July.