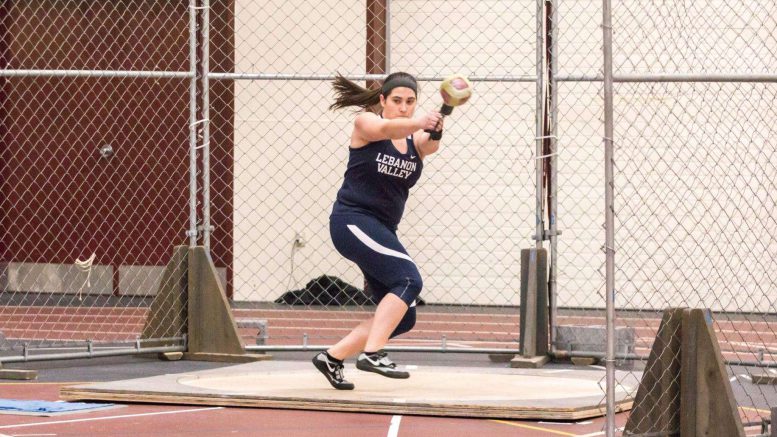 The men’s and women’s track & field teams kicked off the new year with impressive results at the Dutchmen Invitational.

LVC hosted the annual Dutchmen Invitational on Jan. 17, inside the Arnold Sports Center where the teams competed in their first meet of the year. Both teams shined as they each produced multiple Middle Atlantic Conference (MAC) indoor championship qualifiers.

On the men’s side, 15 athletes qualified for MAC’s with nine athletes qualifying for multiple events. The men’s distance squad showed up in the mile event claiming the top five finishing positions with sophomore Noah Griffin finishing in first with a time of 4:45.27. Similarly, in the 3000-meter event, the top four spots were made up of Dutchmen as freshman Jordan Berger claimed the top spot with a time of 9:52.05.

“We are happy with our team’s accomplishments at this meet,” Elliot Miller, senior captain, said. “This was one of the best home performances I have been part of these past four years. Moving forward, the team has big goals and will hope to continue to have similar results.”

On the women’s side, 17 athletes qualified for MAC’s with seven qualifying in multiple events. Julia Brewer continued to shine after her impressive rookie cross country season. Brewer took first in the mile with a MAC qualifying time of 5:40.12, and was followed by three fellow Dutchmen to capture the top four finishing positions. In the field events, senior captain Olivia Faloon claimed first in high jump and pole vault with heights of 1.52 and 3.15 meters respectively.

“We are happy with where our team is at,” Faloon said. “The overall support and team dynamic continue to be a contributing factor to our success.”

Both teams will compete next on Jan. 25, at the Coach I Open held at Franklin & Marshall College.