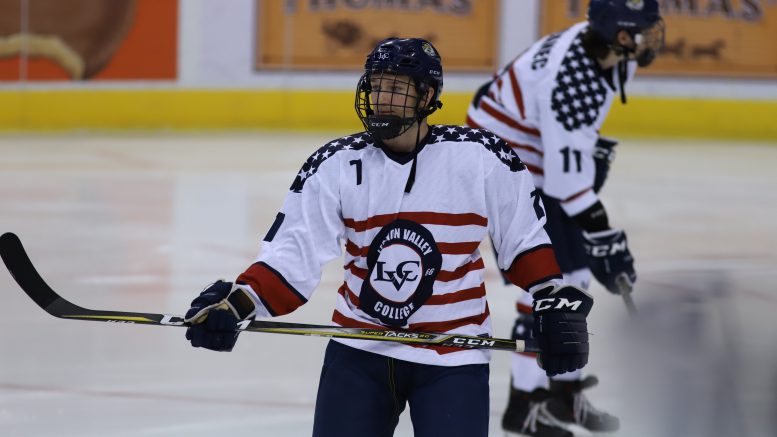 A big highlight of the hockey and winter sports season is LVC Hockey’s Military Appreciation night.
Military Appreciation Night has been a running event for the past 10 years. This year’s game was against Stevenson. Admission was free, including a fan bus that drove students to the game. The Dutchmen men’s hockey team wears patriotic, red white and blue jerseys to support the armed forces and those who have served or currently serve in the United States Military. The patriotic jerseys are then auctioned off, with all proceeds going to the Keystone Wounded Warrior Project and the LEEK Hunting and Mountain Preserve. Both organizations support Pennsylvania veterans along with their families. Over $125,000 have been donated since the beginning of Military Appreciation Night.