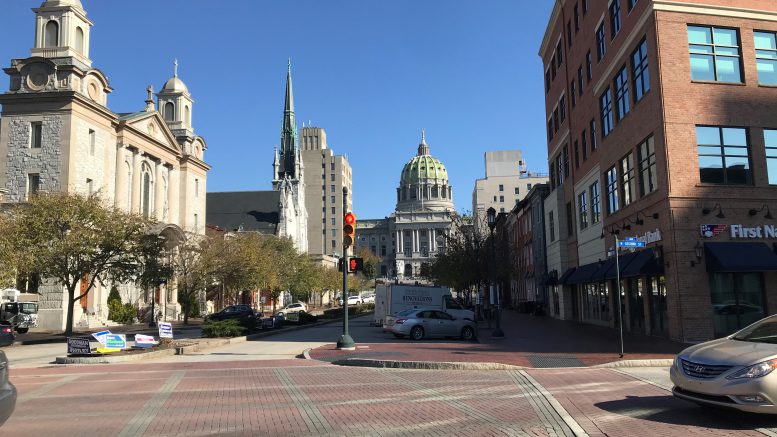 One advantage of attending LVC is its close proximity to the state capital, Harrisburg.

Dr. Diane Johnson, professor of politics, took her public policy and public administration class on a field trip to Harrisburg on Nov. 5. While in Harrisburg, students were exposed to various career paths in politics. The first stop on the tour was a meeting with LVC alum Nolan Ritchie, who serves as the Executive Director of the Pennsylvania State Senate Transportation Committee.

“I really liked meeting with Ritchie,” Noah Kauffman, senior biochemistry major, said. “I liked talking about how he worked through various jobs to get where he is now.”

“I learned a lot about the lobbyists that I didn’t know,” Kauffman said. “I realized that the [negative] reputation that they get does not always fit.”

Students finished out the day having lunch with State Representative Russ Diamond, a tour of the capitol building, and a briefing from Glenn Pasewicz, the Executive Director of the Joint State Commission, a bipartisan research agency for the Pennsylvania General Assembly.