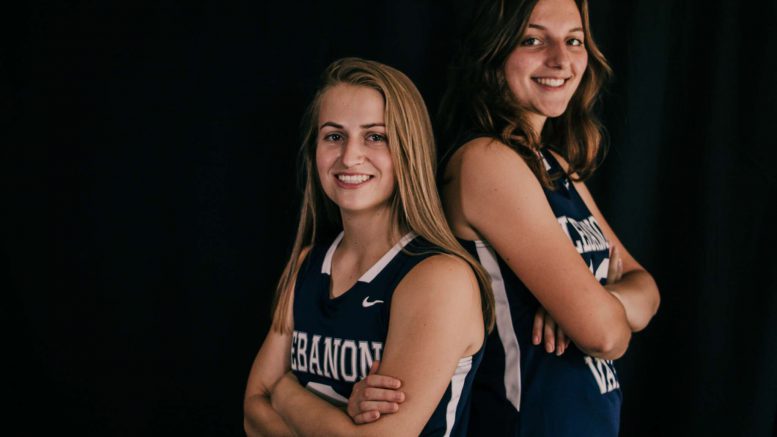 Two field hockey teammates hail from the same country but were complete strangers before stepping foot on campus.

Cecile Kat, a junior forward, came from The Netherlands to LVC in 2017. She planned on staying just one year but is now staying until she graduates.

“I really struggled saying goodbye to all of the friends that I made,” Kat said. “They made my decision a lot easier.”

Willemijn van den Berg, a freshman defender, plans on staying at LVC for just her freshman year but isn’t quite sure what the future holds.

“I really like it here. I like how personally involved the professors, people from admissions and my coaches are,” van den Berg said.

Willemijn and Cecile were in contact with each other via email before the start of the field hockey season. Cecile gave Willemijn advice on what to expect and how to make necessary adjustments.

It took both students some time to fully adjust to their new lifestyle. In The Netherlands, field hockey is only played on AstroTurf, which plays a lot faster than artificial turf. Willemijn and Cecile both said they had to alter their play in order to get acquainted with LVC’s turf.

The food and the water quality were also a challenge.

“The food was a big issue the first week, but it is good now that I have gotten used to it,” van den Berg said.

“I hope Willemijn gets the same great experiences that I did,” Kat said.

Cecile and Willemijn are excited to compete this field hockey season.

The field hockey team’s number one goal is to make playoffs while having fun. As of September 16, the team’s record is 2-4. The team’s next game is Saturday at Goucher College at 12 pm.