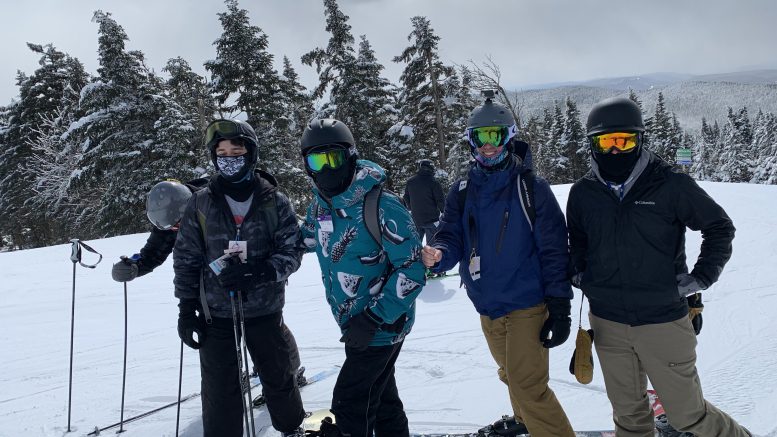 Many students spent spring break at home, while others traveled to various places around the country; members of the LVSki and Snowboard Club traveled to Vermont during spring break to hit the slopes.

From March 3 to 7, the club traveled to Mount Snow in West Dover, Vermont, to fulfill their goal as a club and enjoy their time off from school.

“The experience was amazing,” Coulson Lash, a sophomore physical therapy major, said. “The mountain was fantastic in every way. The views and snow conditions were unforgettable. It was 100 percent worth the drive and money and I would recommend it to anyone.”

The LVSki and Snowboard Club was formed during the 2017-18 school year by Lash and William Kubistal, a sophomore and actuarial science major, who came together with their similarities and love for the slopes.

“When the club started, I don’t think specifically going to Mount Snow was our goal, but we definitely wanted to do a big trip like this at some point,” Kubistal said. “Thankfully Coulson did a great job organizing and finding an insanely good price for everyone.”

The club began fundraising at the beginning of the semester to cover the various costs for the trip. They received most of their money from the Annville Grille, which gave the club 15 percent of all food orders during the afternoon of Feb. 17.

After driving five and a half hours to the resort, the trip itself turned out to be one to remember.

“One of the guys going, Kurt Harnish, it was his first time ever skiing,” Kubistal said.” Over the three days, he improved a lot and even went on some blue squares (medium difficulty) towards the end of the trip.”

The club hopes to continue to grow in size.

“When I came to LVC Live as an incoming student and then my first semester at the Activities Fair, I was shocked LVC did not have a ski club with all the great mountains nearby,” Lash said. “So, I took it upon myself to create the club from scratch. In two years as a club, it has been nothing short of an overwhelming success.”