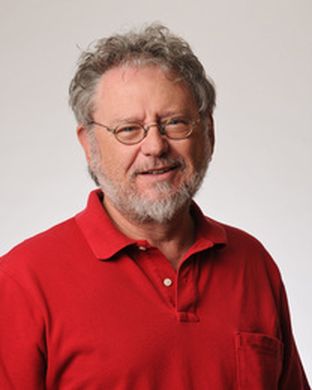 With an ever-evolving student body and faculty, it can be challenging to get to know new faces around campus.  This semester, LVC welcomed Dr. William Greenway, a poet, writer and editor onto campus.

Greenway stumbled across LVC on a trip to Hersheypark with his wife and daughter after receiving his Ph.D. in modern literature and poetry and teaching at Youngstown State for 30 years.

“Shortly after I retired from Youngstown State in Ohio and moved my family here, I was driving my Lititz-born wife Mindi and my daughter Rosalee to Hershey Park, when I passed a sign that read Lebanon Valley College,” Greenway said. “It sounded so bucolic and archetypal I fantasized about teaching here because I missed being in the classroom.”

In addition to teaching, Greenway is an award-winning author and poet with more than 800 published poems and some in the works, including his new favorite piece, “Everything We Bring, All We Leave Behind.”

“I started out as a ‘60’s folk singer and songwriter, but gradually the lyrics became more interesting and better than the music,” Greenway said. “I ended up starting a Celtic music band that eventually made three CDs. I still play my guitar every day and perform every chance I get.”

Greenway finds inspiration for his writing in his childhood, Dylan Thomas, Florida summers and newly the scenery of Central Pennsylvania.

“My wife teases me by saying that all of my poems could be titled ‘I’m from the South and My Mama Didn’t Love Me None,’ but I write about everything that occurs to me,” Greenway said.

In addition to writing, Greenway enjoys editing and is even teaching the editing class on campus this semester.

“I started out in complete ignorance, but the projects I was invited to participate in, such as the anthology of Ohio poems, I Have My Own Song For It, I couldn’t resist,” Greenway said. “It was a steep learning curve at the beginning, but I’m delighted to be able to pass along what I’ve learned in my editing course here at LVC.”

Outside of the classroom, Greenway enjoys spending time with his daughter and fishing, especially on the idyllic Gulf Coast.

“You haven’t lived until you’ve felt a bull shark trying to steal your stringer of fish from around your waist as you wade-fish in the surf,” Greenway said.

Finally, if Greenway could offer some advice to his students and aspiring writers on campus, he would encourage them to interact with writing as much as possible.

“Read everything, and especially poetry, and keep a journal, which is, for me, the seedbed of all my poems,” Greenway said.

Students interested in poetry, editing or publishing, or those who wish to reach out to Greenway may contact him at whgreenway@ysu.edu.