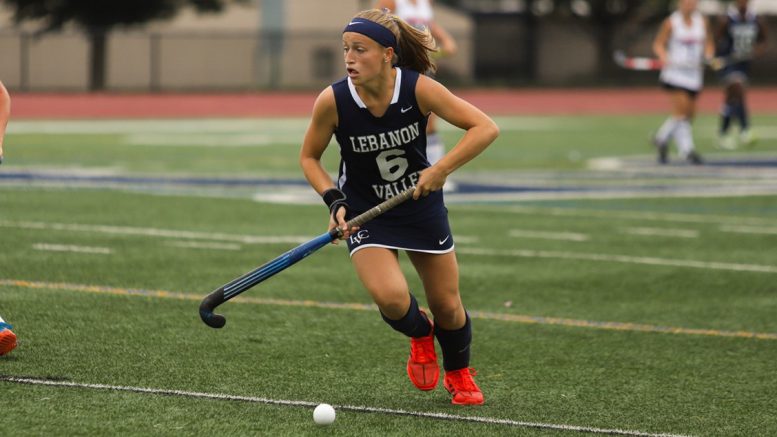 The field hockey team aimed to bounce back this season after coming off of a disappointing season in fall 2017 when the Dutchmen ended their season 6-12.

This season didn’t start out as the players would have liked as the team started out with three consecutive losses, but since then the Dutchmen has won four of the last five games and have outscored their opponents 17 to 4.  The team’s current record is 4-4.

Tori ByDeLey, a senior goalkeeper, boasts a .810 save percentage so far this season. She faced 78 shots this season and only let in 11.

In scoring, the team is led by Cecile Kat, a sophomore forward, who has 12 goals, 5 assists, 43 shots on goal and 29 points. Kat led the team in scoring last year with 9 goals, as a freshman. Kat is an international student from Amsterdam, The Netherlands. This summer the entire team spent 10 days in The Netherlands and Germany to explore the city and also play against club teams from the Netherlands.

“Our season didn’t start off as we had hoped,” Jenna Lysakowski, a sophomore midfielder, said. “But I think we are starting to play better as a team. I’m excited to see how the rest of the season plays out.”

The Dutchmen aim to continue their streak with their next three games, which are all home at Arnold Field. The team is back in action as they face Immaculata University on Thursday, Sept. 27, at 7 p.m., Arcadia University on Saturday, Sept. 29, at 6 p.m. and Lancaster Bible College on Wednesday, Oct. 3, at 7 p.m.

The XFL: Yay or Nay?