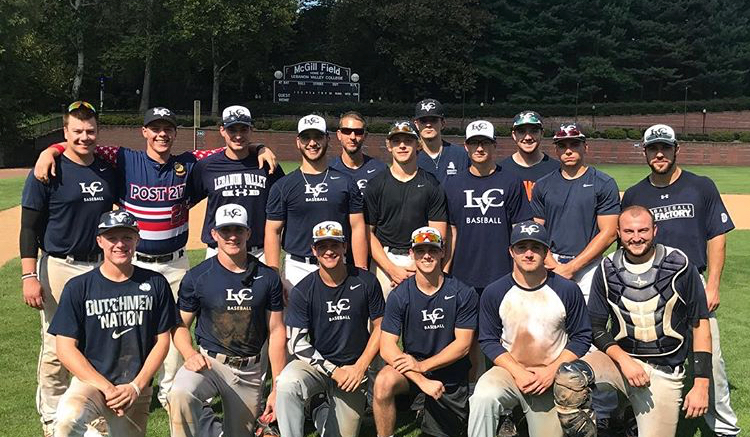 The LVC’s men’s baseball team will look to find success after a promising season in 2017 in which they made the MAC playoffs and finished with a 20-18 record.

The Dutchmen are excited about the upcoming 2018 season. The team will be led by three returning seniors accompanied by a successful group of juniors and underclassmen. Even though the baseball team finished with an 11-10 record in the conference, they look to elevate their play by following the fundamentals set by the coaching staff in order to make a longer stretch in playoffs.

“Try to do too much in certain situations, know your role, embrace it and do it well,” Jon Harned, a senior outfielder, said.

The Dutchmen have been following a strict regimen this off season in order to stay strong and consistent for the long season that starts with spring training in Florida. After playing 38 games last year, durability and strength are keys to help the success of the baseball team. The team assembles for 6 a.m. lifting twice a week, played a fall season and hold other conditioning sessions outside of their scheduled times.

“Training helps us get stronger and increases our flexibility as well,” Harned said. “I feel healthier and better than ever thanks to Coach Hatz and it has also helped me improve on the field as well.”

In order to prepare for the competition of the season, the team travels down to Florida annually for spring training. This year, the trip will take place the first week of March. The trip not only gets players ready for the season, but also helps to furnish the relationships and trust between players.

“The Florida trip helps the team create a stronger bond, which is extremely important in a team sport like baseball,” Trevor Bertsch, a sophomore middle infielder, said. “This trip is also a chance for the team to prepare for our conference schedule.”

Despite losing a great senior class in 2017, the Dutchmen hope to rebound with the addition of a talented freshmen class.

“The freshmen will be able to significantly impact our team during the demanding and long season,” Bertsch said.

The Dutchmen will see the first pitch of the 2018 season on Saturday, Feb. 24 at Penn College against the Wildcats. The team will continue its season after the Florida trip on March 17 against Immaculata University at McGill Field.