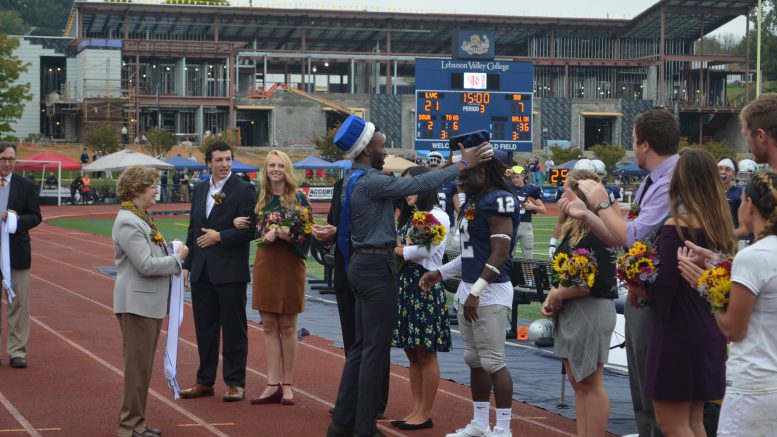 Ja’von “Trick” Nelson was named the 2017 Homecoming King; however, very few people know the time and effort he put in to accomplish the feat.

Nelson grew up in Tampa, Florida. During high school, he was involved in many extracurricular activities such as sports and student clubs. He was set for college but was not too sure of his destination until he was introduced to Lebanon Valley College.

“Choosing LVC was an easy decision for me,” Nelson, a senior art and visual culture major, said. “It gave me the opportunity to keep playing football and most importantly receive a great education.”

At LVC, Nelson has been a part of numerous clubs, organizations and events. As an athlete, he plays defensive back for the football team and sprints for the track and field team. He also runs paint nights, karaoke events, serves as an RA and works as security for the underground dances.

“Trick is one of the most positive people I have met at LVC,” Ricky Bugg, a senior business administration major, said. “He always makes sure that you are in a good mood and tries to make the best out of every day.”

“It was one of the most nerve wracking moments of my life,” Nelson said. “Winning Homecoming King was a special moment and really showed me how loved and appreciated I am by my peers at LVC.”

As Nelson will graduate this school year, he has many plans for his future. He plans to attend graduate school and receive his master’s degree in business.  He’s also in search for internship opportunities that are local or in Florida.