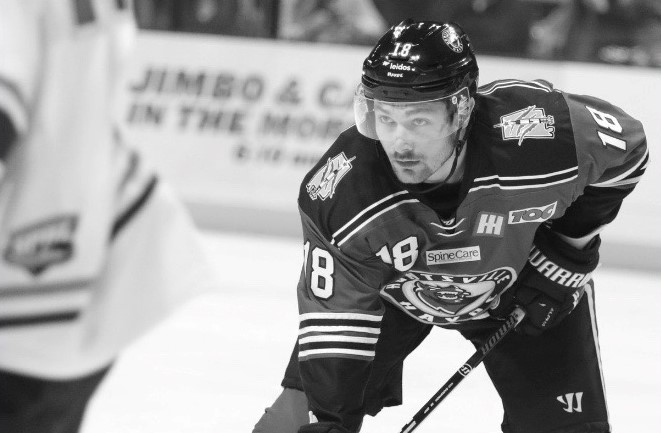 While many athletes dream for the opportunity to play in a professional league, Cole Helper turned his dream into reality after four impressive years of ice hockey at LVC.

Earlier this year, senior captain Cole Hepler signed a professional contract with the Huntsville Havoc to continue his ice hockey career. Hepler stood out on the LVC squad not only as a leader, but also as a fierce offensive weapon against other teams. He finished his career with 41 goals and was named to the All-MAC Second Team for the third straight season this year.

“I was called to come play on a Monday and by Friday night, I was playing in my first pro game,” Hepler said. “It’s been a dream of mine to play hockey professionally and the Huntsville Havoc provided that opportunity.”

Despite the hockey season being put on pause due to COVID-19, Huntsville has extended a training camp offer to Hepler for next season.

While at LVC, Hepler took his skills off the ice last fall where he made his debut on the men’s golf team. His best finish came at Lycoming College’s Fall Invitational where he tied for ninth with a 77.

“My experience at LVC has been memorable and I’m thankful for all the friends and relationships I’ve built here,” Hepler said. “Being a student-athlete had its struggles, but I’m grateful for the challenge as it has prepared me for my career path.”

Apart from athletics, Hepler was part of study huddle for the ice hockey team and was also a member of the grounds crew on campus.

As Hepler looks ahead to his life after LVC, he sees himself using his degree in business administration and wants to be involved in project management to help his family business prosper. Hepler also looks forward to getting married in the next year and settling in the Pittsburgh area.

While he looks forward to the opportunity ahead, he also looks back on the memories he’s made with his friends and teammates at LVC.

“I’m going to miss the hockey experience and friends as I move on from LVC,” Hepler said. “I’ve gained many brothers over the past four years and all my teammates have made this journey unforgettable.”

Hepler specifically looks back on memories of scoring the game winning goal against Utica College this past season, goofing around in the locker room before practices and singing “I Wanna Dance with Somebody” by Whitney Houston with his teammates after big wins on the ice. With all of the experiences and knowledge Hepler has gained at LVC, he looks to help future Dutchmen make the most of their time by sharing some advice.