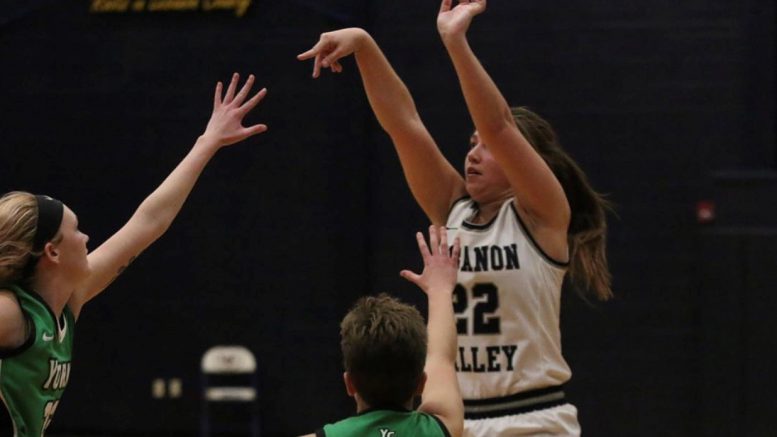 The men’s and women’s basketball teams traveled to Albright in search of major conference wins, but it was only the men who came out victorious on the day.

The men’s squad scored a season-high 91 points in their conference victory against Albright on Feb. 8. The Dutchmen were able to outlast the Lions during a back-and-forth nail-biter that saw four lead changes within the last six minutes of the game. The team was led by Justin Baker and Zach Tucker who each recorded 21 points on the day. They were followed by Collin Jones, Trevor Covey and Luis Garcia, who each also earned double figures in the victory.

“Our mindset going into our last stretch of games is simply to win,” Justin Baker, senior captain, said. “Winning keeps us in the hunt, and if we can get into the playoffs, anything can happen. We had high expectations this season and at this point we expected to be doing better, but we aren’t out of the picture yet.”

The Dutchmen are currently sitting in the seventh spot in the conference with a 5-7 record and will need to come up with some major victories in their final games to keep their postseason dreams alive.

While the men were able to put up some big points against the Lions, the women’s side fell short in a 76-51 loss. The team came out strong in the opening quarter by taking a five-point lead, but the Lions proved too much to handle, outscoring the Dutchmen 44-24 in the second and fourth quarters combined.

Junior Emily Mealey continued to shine after her milestone performance against Lycoming earlier in the week. Mealey led the team with 20 points and 12 rebounds on the day. Senior captain Morgan Bamberger also had a strong performance with 15 points on five 3-pointers.

“While our record isn’t exactly what I was hoping for, I’m extremely proud of this team’s fight and heart that they have shown throughout the season,” Bamberger said. “Everyone has had to step up and has been put in situations outside of their comfort zone. Our mindset at this point in the season is to enjoy our last couple games together as a team.”

The team currently sits at eighth in the conference with a 2-10 record. While the Dutchmen will look to upset some higher seeds in their final contests, a postseason berth is not in the cards for the squad.

Both teams are set to take on Hood College in their next contest on Feb 12. The Dutchmen will be on the road with the men’s tipoff scheduled for 6 p.m. and the women’s at 8 p.m.