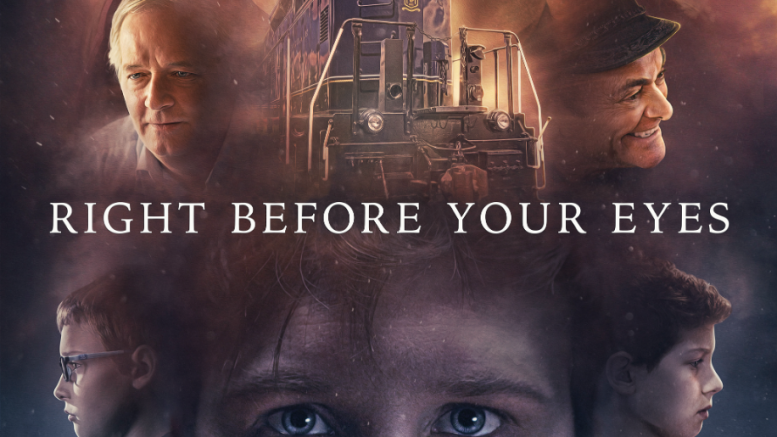 Students can view a locally made film for free at the Allen Theatre on Feb. 3.

“Right Before Your Eyes” is about a newly recovered alcoholic who takes an epic train ride home to visit his young autistic son, whom he has not seen since birth. The movie was written and produced locally by David Vincent Bobb.

Based on Bobb’s personal life, the movie is set in Harrisburg, PA. The film is described as a “psychological thriller with religious overtones,” and deals with the true story of his battle with addiction and how he managed to get his life back together through faith at the Bethesda mission.

Along the way, Bobb was faced with many obstacles that come with producing a movie. Directing, producing, raising funds, scheduling actors and crew, weather, equipment, promoting and marketing the film were among the most challenging things that Bobb dealt with.

“I always knew that we would end up with something very special,” Bobb said. “From the first draft of the script to the final scene being edited, I always knew. And that’s what kept fueling the passion even more. When I had nothing left to give, I relied on my Faith to pull me through, much like my story, and it’s never let me down.”

Bobb hopes that the movie will help those who are struggling with addiction and wants people to feel a strong sense of hope after seeing the film.

“I want to inspire those who suffer from addiction and give them hope,” Bobb said. “I want to let everyone know no matter how bad life can get, no matter how hopeless and lonely you might feel, or how scared you might be, there is always hope.”

Be on the lookout for Jack McNamara, better known to LVC students as “Annville Jack,” who appears in the film as a background character.

Students can see the film for free when they show their ID on Monday, Feb. 3 at 7:30. In addition to a free ticket, students will also get a free drink and popcorn, as well as the opportunity to win raffle prizes. Community members are also encouraged to attend the showing. Tickets for the general public are $5.

To view the trailer for “Right Before Your Eyes,” follow the link below.