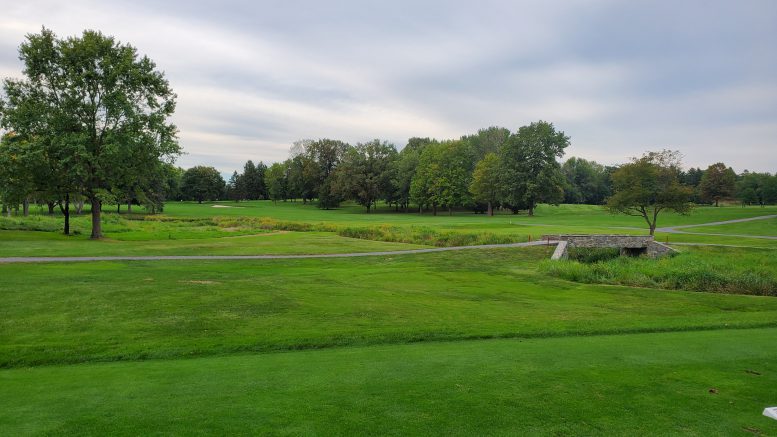 Coming off a disappointing end to the spring season, the LVC golf team is in a rebuilding era, but the head coach is still optimistic and eager to get the season started.

Mike Swisher is entering his ninth year leading the men’s golf team and his sixth year leading the women’s golf team, and this is going to be a tougher year for both teams. Both teams each only have three players returning from last year, but the men’s team was able to get six new players from other sports teams and the women’s team added one new player. Even with limited rosters, Swisher has high hopes for the teams and will do his best to put both teams in their best possible positions.

Swisher wants the team to be competitive again like it was in the spring, but he realizes that it will be difficult if he does not have the depth that he had over the past few years. The men’s team lost the conference championship by one stroke in the spring, and the team is not likely to be at that level this coming year.

“We are not going to be at the level we were the last several years,” Swisher said. “We really had a great team. I lost four very great senior players, and we won’t be at that level. We had to build to get to that level and we are going to have to do it again.”

During the upcoming season, the students will be able to grow as golfers through focusing on their game and having fun while doing it. With only three players returning on each team, the new players will be able to attend matches throughout the season and everyone will get competitive golf experience that they can take with them after college. Swisher wants to work with everyone and help grow the game of golf.

“Stevenson has always been tough,” Swisher said. “In fact, we have finished runner-up the last three years to them. They are definitely the toughest. We be might on par with the others now.”

Swisher knows it is going to be a challenging year, but he wants to see everyone have fun and do his or her best. He wants to compete at every match they go, but he also understands that they will be outplayed from time to time. He also wants to see his players succeed in their academics.

“Take care of school,” Swisher said. “It’s a major in school and a minor in golf. You come out and golf and you give it your best shot. And I want you to have fun and take your mind off things and have a good time.”

Swisher is very impressed with how hard the team is working and how patient they have been with the time it takes to improve their game. Swisher hopes for a great year ahead and wishes all of his players the best as the season gets started.